Well, I feel like I've finally 'caught up' to where Mustang is with her math abilities.  It is still a slight struggle to convince her to do her math work, but once she starts she really seems to enjoy it.  It's nice to feel like she is learning something new instead of continuously repeating things.

I want to mention here that there seem to be a number of different orders of presentation available.  After starting and getting confused on a few of them, I finally decided to go with the Monteco Scope and Sequence for math.  Some of these were presented before I decided on this order. 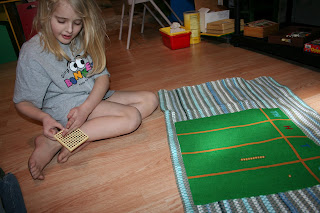 Intro to the decimal system. 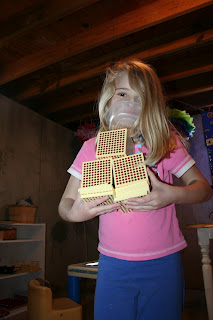 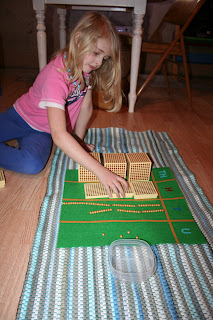 Getting beads to layout on the mat. 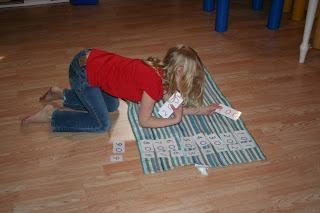 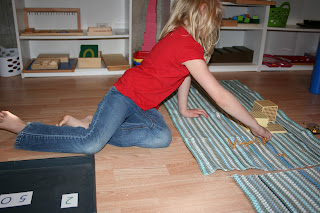 Here's where I messed up the order.  I should have gone back to the 100 board and chains, but instead we did an intro to addition. 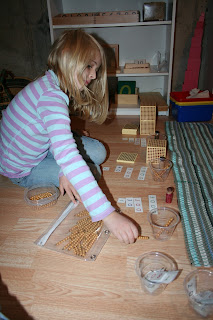 We used peg people for our three students. 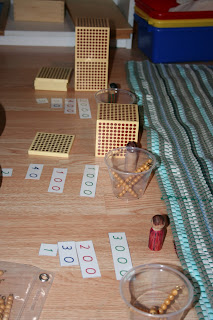 Handing out the beads-or money as she called it. 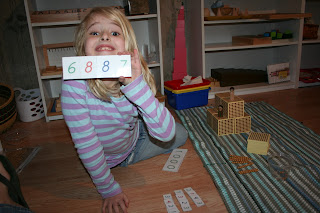 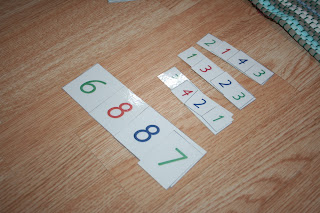 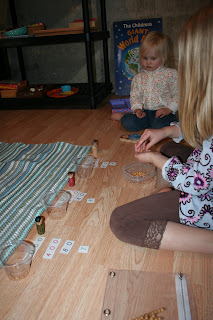 She loves using the peg people, the other kids love watching her. 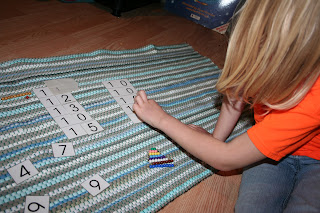 We backed up and did a super quick review of the teens boards (printed ones). 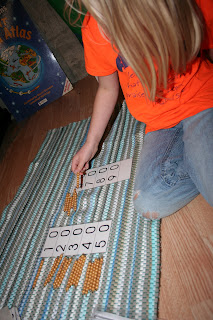 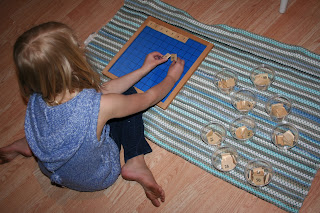 Then moved to the hundred board. 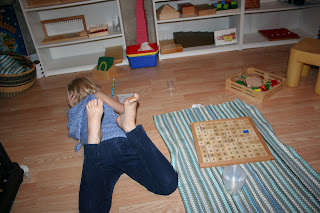 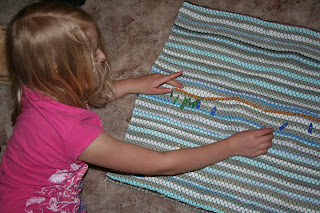 So on we went to the 100 chain.  She loved it and marked it quickly with the arrows. 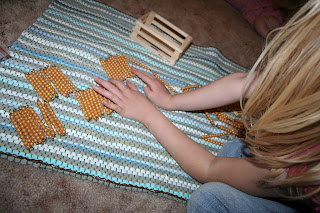 She really enjoyed making 100 squares out of the 1000 chain, too.  She started doing it BEFORE I had a chance to show her, too! 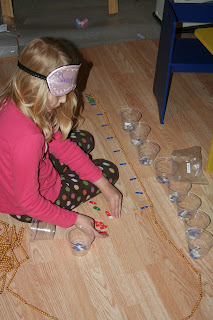 I thought she would like the 1000 chain-nope.  She doesn't like 'long' work.  She wants to do things quickly.  Hates fixing her incorrect work, too.  Mustang worked on the 1000 chain for about 10 minutes one afternoon.  She asked if she could leave it for the next day, which I agreed to.  She never touched it again-except when I made her pick it up. 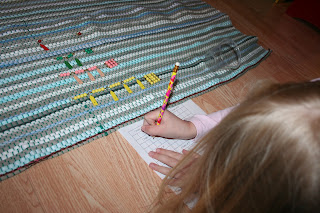 The short bead chains were completely different she LOVED them!! 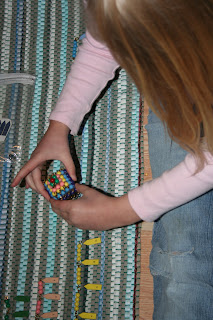 She built the square pyramid on her own-I didn't show her at all. 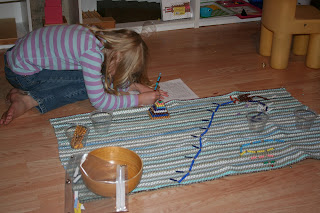 She enjoyed filling out the bead paper from Montessori Print Shop, too (it's a freebie).  She finished her bead paper chart today.

From here we will go back to the golden bead material.  I'm not sure when, if ever, she will return to the long bead chains.  I don't currently own them (quite a lot of money) and, if the 1000 chain is any indication, I don't know if she will work on them anyways.  I am saving for them, however, so maybe!

Thank you for stopping by!  I hope your learning is going well!

Mommy to the Princesses said...

Great math work! We followed the Gettman sequence and did golden bead operations before the chains, so I don't think u messed up! I am still debating getting the lOng chains, don't know if we'll get much use out of it!

Looks like she is doing great!! LOL I am so with her on the not wanting to correct things ;-)