Last fall I brought you our Adam and Eve story telling box, and I finally have another to show you. I made my boxes after hearing about the program 'Godly Play.' It is a Montessori Sunday School program that I wish we had at any church around here, but we dont. So, I figured I'd do my own take on the program.

The boxes are in our school room and the kids can take them off the shelf during free time and tell the Bible stories-and they do!

This box is to tell an account of the Tower of Babel... 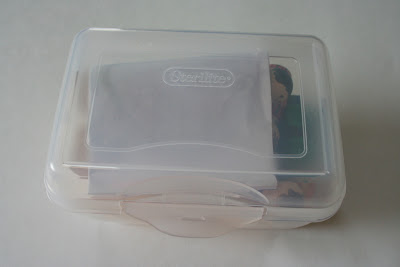 I keep our materials in little sterilite boxes I found for 1.25 at Walmart. 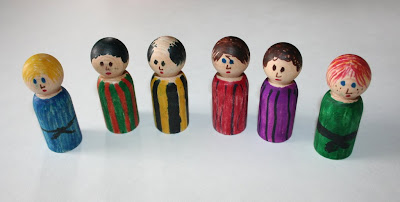 In the years after Noah and the flood, everyone lived near each other and spoke the same language.

They built their own buildings. 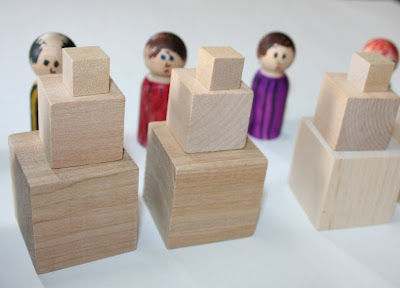 But they weren't very tall. 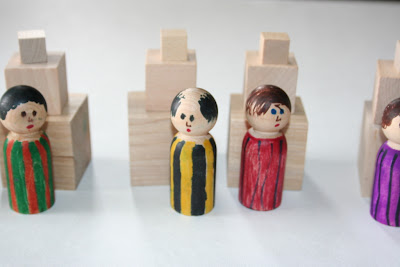 Then one man said to another, "If we all cooperate and put our blocks together we could build a HUGE tower. It would be so tall!"

They thought this sounded good, so they began to build. The taller they built the tower, the more powerful they felt. In fact, they started to realize that if they kept building, their tower would go all the way to the sky!! 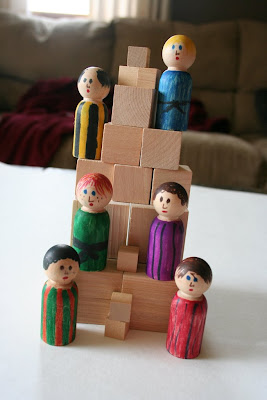 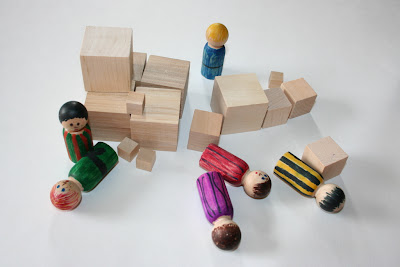 God did not like this one bit! He sent a great earthquake to knock down the tower and divide the earth. The men soon realized they couldnt understand each other! They were speaking different languages!! 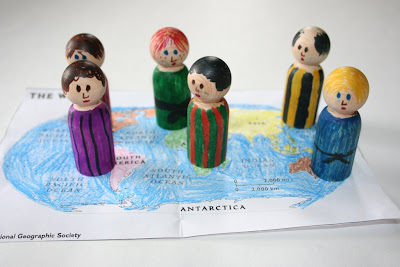 Because they couldnt understand each other, the men decided to move away. And though we dont know exactly were each man went, we know that today people live on 6 different continents. 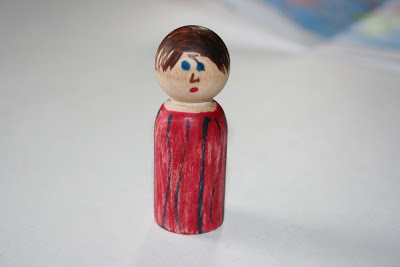 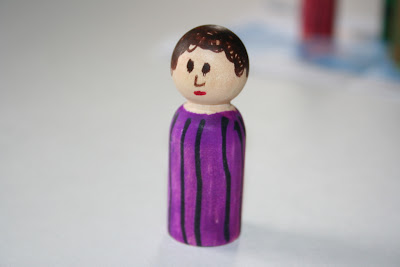 Some in South America. 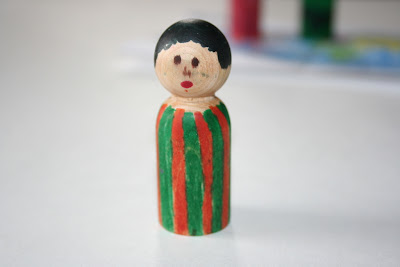 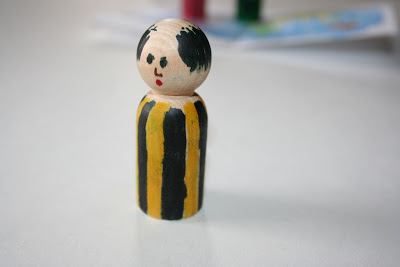 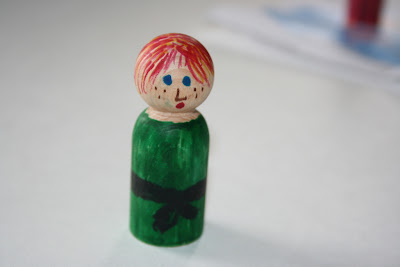 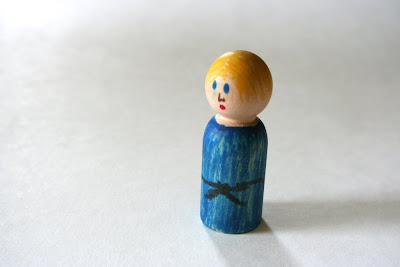 God made lots of wonderful places for us to live here on Earth, but He wants us to be like Him by following Him-not by following other men. 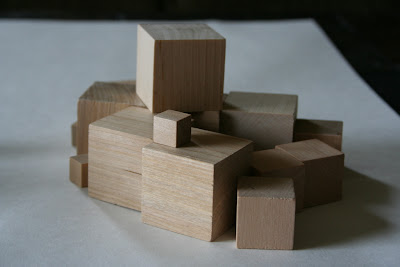 If we follow men, all that we do will end up in a pile of rubble-just like the Tower of Babel.

Yay!! What a fun activity!! I love the little peg people!

I love your Bible story boxes! Thanks for sharing!

Okay, I seriously love this. I want peg people. I've bought a bag to make some......

I love your story boxes! Such a great idea.

Cute idea! You did such a nice job with all the figures! Thanks for stopping by my blog! My daughter loved the frosting and I loved the cake!! Very sweet indeed!

Hi,
Thanks for stopping my blog! I must say your children are beautiful, and I love the names under their pictures.
I'm a new follower, Love your blog!
La-La's Home Daycare

Thanks for sharing this at last week's For the Kids Friday Link Party! This week's party is in full swing. I'd love to have you stop by and join in on the fun!

I just got the link to these from Ticia (comment above) - brilliant idea, thanks for sharing!

The girl who painted trees said...

We're on this story this coming week. Can't wait to use the blocks to show Bear and J-jo the story.

Great job of putting together your materials! I love that they're inexpensive yet still attractive and appealing. I featured one of your Tower of Babel photos at http://livingmontessorinow.com/2011/09/27/creative-godly-play-at-home-old-testament/

This is awesome!!
I would LOVE for you to stop over and link up this post in my new weekly Homeschooling on the Cheap link up. It is weekly, goes up on Thursday and stays up for the week.

This is amazing! Thanks for sharing these. I can't wait to make a set for my kids and for our favorite teacher.

This is really cute!
I just think I would have to say that people live on 6 of the 7 continents b/c Antarctica is too cold. I just don't wnat the kids thinking there are only 6 continents. ;-)